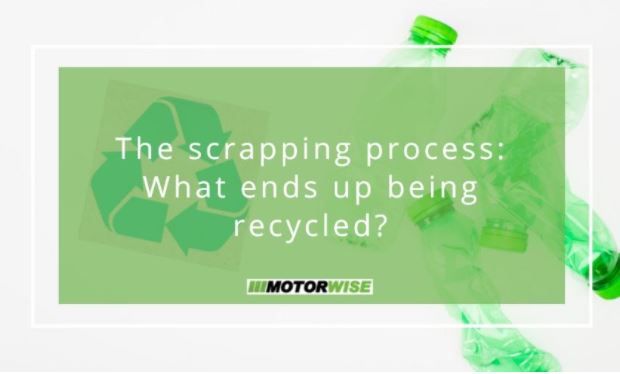 The scrapping process: What ends up being recycled?

The idea of a car being ‘scrapped’ has been around for decades, but in recent years, the process has become more efficient than ever before. Where once parts from vehicles would have been thrown away or sent to landfill, they are now being recycled, reused and repurposed.

Research has found that around 95 per cent of a car can be recycled, which is not only positive for the environment, but also for everyone involved in the process. With studies showing that around eight million cars are sent to be scrapped every year in the UK, recyclers are becoming more efficient all the time, and are now able to utilise more vehicle parts than ever before.

Given that the average car contains around 30,000 individual parts, there are plenty of materials to sort out and filter, so what exactly are scrappers looking for? What can they make use of, and what do they end up recycling?

The parts that can be recycled

This is probably not the thing that first springs to mind when you consider the word ‘recycling’, but it is absolutely true that engine oil can be given a new lease of life by scrap dealers. Used engine oil will often be removed from the vehicle, cleaned, and will then be available for use in any number of processes. This is not only a superb example of efficiency, but it also stops oil from ending up being poorly disposed of.

It used to be the case that windows and windscreens were very difficult to recycle, largely because they were designed to be safer and more robust than standard glass, which often meant that glass was infused with – or coated in – plastic. While most windscreens still have plastic films, recycling processes and techniques have improved massively in recent years, and glass can now be recycled relatively easily.

Recycling batteries is incredibly important, not only because they can be used again, but because of the fact that if they are disposed of poorly, it can be environmentally damaging owing to the numerous toxins and chemicals they contain.

Tyres are one of the easier components to recycle, but it may surprise you to know what used tyres ultimately become. Many of them end up transformed so that they become asphalt for roads, while others will become ‘crumb’ chippings that can be used to line play areas or various other artificial surfaces.

From various types of plastic to oil filters, engines to carpets, alternators to interior trim, almost everything in your vehicle can be recycled to some degree. Want to know more about whether now is the time to scrap your vehicle? Get in touch with us today.