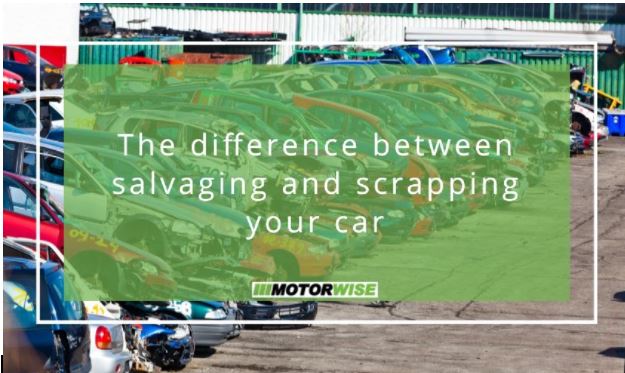 The difference between salvaging and scrapping your car

If you've ever been tempted to sell your car for scrap but thought that it might be too new to go through the process, selling your car for salvage may be the best way forward. However, many people don't know the difference between selling a car for scrap and selling it to be salvaged. Read on to learn more about the difference between salvage and scrap, and find out why newer cars tend to be better suited for salvage than scrap.

What is the main difference?

Whereas scrap cars tend to be completely unusable and written off by the time they are taken to be destroyed, this isn't the case for salvage vehicles. Salvage vehicles are far more likely to have one underlying issue with a single component, such as the electronic control unit or gearbox.

In these cases, vehicle owners are unable to afford the repair job, as it could venture into the thousands of pounds. However, it's well worth a garage's time to buy the vehicle and replace the part to sell on later.

What are the differences between a salvage car and a scrap car?

The first significant difference between a salvage car and a scrap car is the age of the vehicle. Scrap cars tend to be over 15 years old, whereas vehicles more suitable for salvage are typically under 12 years old. This is because younger cars are more likely to have replacement parts, whereas older ones lack the reliability required in other parts to be worth keeping on the road. Although there tends to be some crossover between the two age groups, 12 and 15 years is a good rule to keep in mind.

One exception to this rule is in the case that a car has suffered too much bodywork damage to remain roadworthy. In this case, age is irrelevant, as damage may have made salvage impossible.

Do the parts have a negative impact?

Replacement parts in salvage cars tend to be taken from other salvage cars. For example, a salvage car that requires a gearbox alone may take it from a fellow salvage car, in which the gearbox was one of few functional components. This means that there is no excess pollution due to replacement part production, and the environmental impact of this is positive since parts are being effectively recycled.

If you're interested in salvaging or scrapping your car, contact the Motorwise team today. We can offer detailed help and advice on getting the most value from your car, so give our friendly experts a team to find out what to do with your old banger.