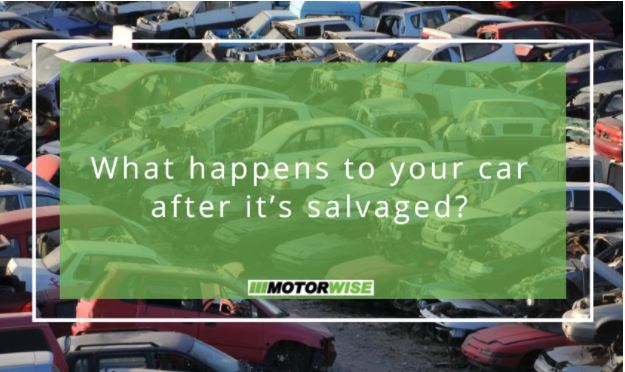 What happens to your car after it’s salvaged?

When you sell your car to a salvage dealer, you may be wondering what the next step of the process is for your car. We’ve covered what the process will be like for the car owner, but it can be interesting to know the journey your car will now take as it is salvaged.

Not only will your car go on to potentially drive on the road again but it could even donate its parts and be the reason another car gets a second life.

We’ve put together a short guide to what will happen to your car once you sell it to a salvage dealer.

Its condition will be assessed by a professional

Once your car has been taken on, the condition of the car will be assessed and any structural issues it may have following a collision that could impact its road safety will be considered.

Dependent on the findings, some salvage cars will be restricted to parts-only or scrap-only salvaging and restrict them from ever becoming roadworthy again. Cars with no safety concerns, e.g. if the car simply suffered an engine failure, mean that the car could be repaired and made roadworthy again in future.

Parts-only cars will be stripped for their parts

If a car is categorised as parts-only, it will be stripped for its parts which can potentially be used as transplants for other cars to make them roadworthy and give them a second life.

For scrap-only cars, they will likely be scrapped for materials or crushed.

Salvageable cars will be made road-worthy

As cars don’t have to be incredibly damaged to be financially 'written off' by the car owner, often salvageable cars could only have minor damage that is easily repairable, bodywork dents that can be pulled out or ignored for a cheaper price, or an engine fault.

For all of these, salvage dealers are more equipped to economically repair the car and then sell it on as a second-hand, salvaged vehicle. This means that your car has the chance to appear on the road and live again. Not only is this more environmentally friendly but it means that your car doesn’t have to go to the grave just yet.

For more information about salvaging your car, get in touch with our dedicated customer service team at Motorwise today or contact us for a quote on your car.