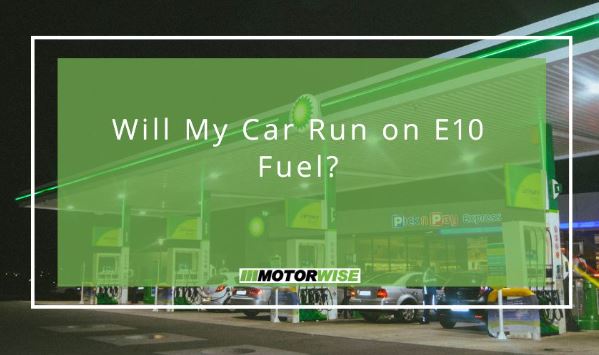 E10 fuel is a type of petrol that contains up to 10% ethanol. It is becoming increasingly common in the UK, with many petrol stations now offering it as an alternative to standard petrol. But what exactly is E10 fuel, and will your car be able to run on it? Read on to find out.

As the name suggests, E10 fuel contains up to 10% ethanol. It is made from a mixture of petrol and renewable bioethanol, which is derived from plant materials such as corn or sugar cane. Ethanol has been used as a fuel for many years, but its use has increased in recent years as countries have looked for ways to reduce their reliance on fossil fuels.

E10 fuel has a number of benefits over standard petrol. It produces fewer emissions, so it is better for the environment. It also helps to reduce dependence on imported oil, as bioethanol can be produced domestically from renewable resources. In the UK, all major petrol companies now offer E10 fuel at selected filling stations.

E10 fuel is suitable for use in most cars manufactured after 2000. However, there are a few exceptions. Some cars that were manufactured before 2000 may not be able to use E10 fuel, so it is always best to check your car's handbook before using it.

It is also worth noting that E10 fuel can damage certain types of rubber seals and gaskets in older cars. So if you do own an older car, it is best to stick with standard petrol.

As well as being suitable for most cars manufactured after 2000, E10 fuel can also be used in many motorcycles, scooters, and lightweight commercial vehicles such as vans and light trucks. Again, always check your vehicle's handbook before using E10 fuel to make sure that it is suitable.

If you're unsure whether your vehicle can use E10 fuel, you can check the list of approved vehicles on the website of the Department for Transport (DfT). Alternatively, check with your dealer.